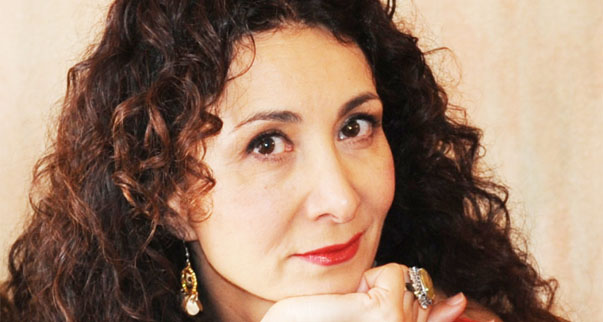 Conversations at the Culver: Sholeh Wolpé and Conference of the Birds

Inlandia's Conversations at the Culver series is back! This season, join us every First Sunday for a new conversation with an acclaimed author. On October 1, from 2-3:30 pm, join Ellen Estilia in conversation with award-winning author and translator Sholeh Wolpé as she recaptures the beauty and lyricism of one of Persian literature's most celebrated masterpieces, Conference of the Birds.

Considered by Rumi to be "the master" of Sufi mystic poetry, Attar is best known for his epic poem "The Conference of the Birds", a magnificent allegorical tale about soul's search for meaning. The poem recounts the perilous journey of the world's birds to the faraway peaks of Mount Qaf - a mythical mountain that wraps around the earth - in search for the mysterious Simurgh, their king. Attar's beguiling anecdotes and humor intermingle the sublime with the mundane, the spiritual with the worldly, and the religious with the metaphysical. Reflecting the entire evolution of Sufi mystic tradition, Attar's poem models the soul's escape from the mind's rational embrace.

Sholeh Wolpé is an Iranian-born poet, writer and public speaker. A recipient of the 2014 PEN/Heim, 2013 Midwest Book Award and 2010 Lois Roth Persian Translation prize, among others, Wolpé's literary work include four collections of poetry, a play, three books of translations, and three anthologies. Wolpé's modern translation of "the Conference of the Birds" by the 12th century Iranian mystic poet, Attar (W.W. Norton), has been hailed by Reza Aslan as a translation that "is sure to be as timeless as the masterpiece itself." Wolpé's writings have been translated into eleven languages and included in numerous American and international anthologies and journals of poetry and fiction, and featured on programs such as Selected Shorts at Symphony Space and NPR. She has lived in the UK and Trinidad and is presently based in Los Angeles.

Praise for Wolpé's modern translation of "Conference of the Birds":

"Attar's grand allegory for the journey of the soul as it seeks union with the divine has influenced countless artists, poets, mystics, and believers around the world. But never before has it been rendered in English with such beauty, elegance, and precision. Wolpé's translation of this epic is sure to be as timeless as the masterpiece itself." - Reza Aslan, best-selling author of No God But God, and Zealot

"In this beautiful rendering of Attar's Conference of the Birds, Sholeh Wolpé, herself a passionate poet, transports us to another time, another language & another world, while reminding us of how enduring & universal great works of imagination are, how they create spaces within which we not only acknowledge and appreciate our differences but also recognize & celebrate our shared humanity. Only a true poet could achieve such a feat." - Azar Nafisi, author of Reading Lolita in Tehran

"I was struck by this accomplished translation, which moves the reader along from one stanza to the next in strong, compelling rhythms. I think what Sholeh Wolpéhas done exceedingly well is to bring this medieval poem over into lively, contemporary English that feels absolutely right and not at all forced. It was a real pleasure to read and enjoy this text from a literature and a world I know so little about." - Edith Grossman, author of Why Translation Matters

"In this new lyrical translation, Sholeh Wolpé uses her incredible skill as both poet and translator to bring Attar's spiritual masterpiece into accessible English. As close to the original a reader can come in translation, and imbued with the same kind of revelation, it makes clear why Attar remained such a strong influence on Rumi. The reader travels, along with the poet's birds, to greater spiritual insight through transcendent verse." - Roger Separate, Persian translator 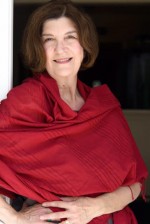